Baltic pine floorboards recovered from the original building were put aside for use in the two bedrooms. Baltic pine is quite soft, and damages easily, making it inappropriate for high traffic areas. I figured that I would have enough boards for both bedrooms as the boards covered two rooms about the same size and the original kitchen (now a study / 3rd bedroom). It turned out that it was a very close call with all useable boards used.

For the remainding rooms in the building we decided on recycled hardwood floorboards. The timber is a lot more durable, easier to work with and fairly cheap (at around $3.10 per lineal metre when bought in bulk). Being narrower though, 105mm instread of 150mm, they can take quite a while to install. Each room took about 16-20 hours to install (including insulation).

I planned to have insulation under the floor because of heat losses in winter of 10-20%, as well as heat gains in summer. The options that I considered for underfloor insulation were:
The idea of creating a base for the insulation to sit on did not appeal. Working on my back under the floor to nail on sheets and having to cut them all to the correct size would be a real pain - which rules out most of the options available. I chose the permifloor because it looked easy to install, was available locally, effective and was recommended to me. While it's probably not recyclable, and probably has high embodied energy, it's very durable and could possibly be reused. There is a need to ensure that all of the underfloor is enclosed, as the accumulation of dust reduces it's effectiveness, as does air gaps. 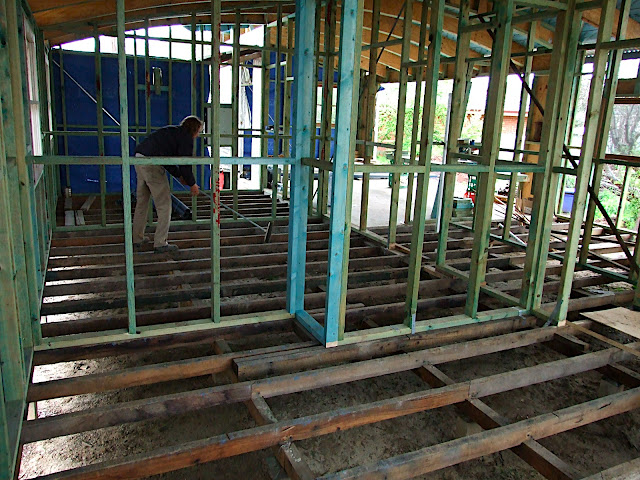 Bedroom one and two being prepared for floor installation 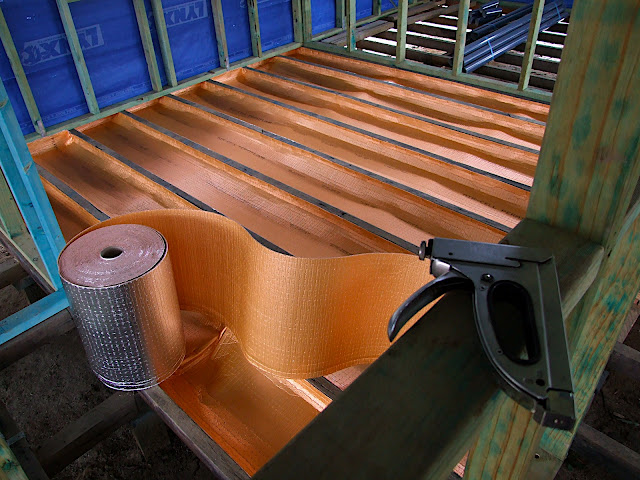 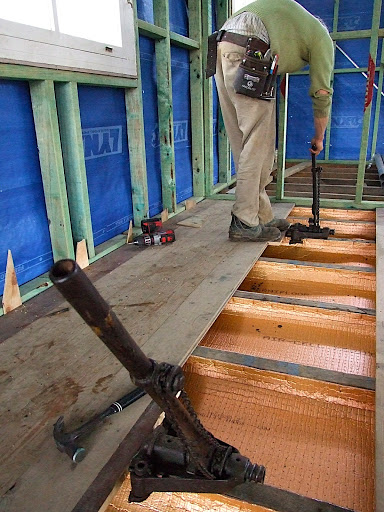 Using floor clamps to compress boards together before nailing 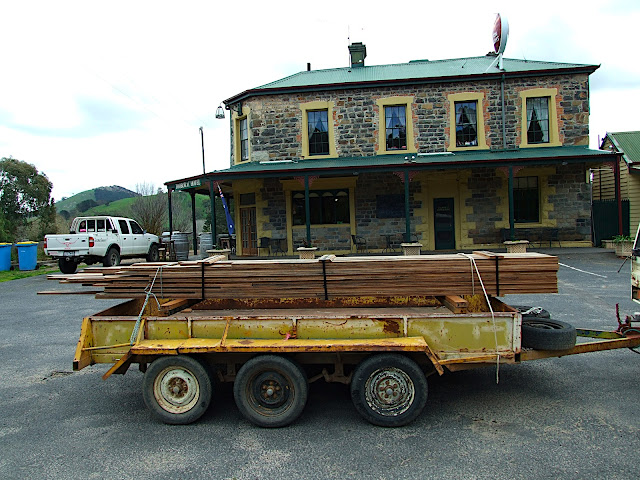 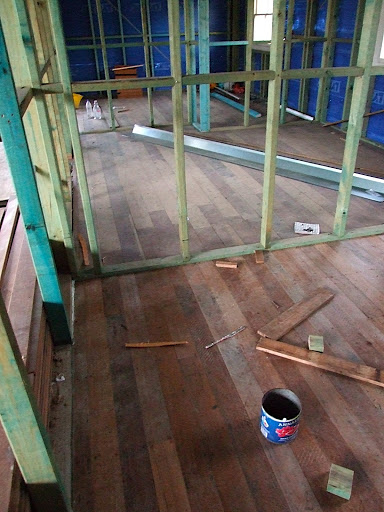