"The best decking in Seymour"

- April 23, 2010
Principle 5: Use and value renewable resources and services 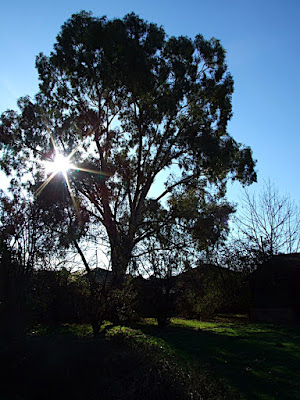 Red Gum that was felled, milled and dried on the house site for use as decking - amongst other things
Our original plan with the rear decking was to attach it to the slab of the house. Chris (from Chris's Timber) convinced me that it would be better to set the decking up independantly from the house, on stumps, because it would be so heavy. I decided to coat the bearers and joists with raw linseed oil to help preserve them, and cover the bearers with recycled iron, and joists with rubber to resist rot.
The Red Gum boards that were milled up on the site spent a bit over a year drying before being taken around to Chris's Timber for thicknessing. All of the shavings were collected to be used at the house site.
There were just enough of the right sized boards for the job, quite a bit or work was required to fill the gaps with resin and straighten them up again. Brian suggested that the boards be painted on both the top and bottom to extend their life. I painted them with Bio Natural Timber exterior oil with a total of three coats.
The smaller front deck is under a verandah, while I've covered the bearers and joists with iron and rubber I haven't oiled the sub-structure or the underside of the boards. Peter got some heavy duty brackets made up locally which connect the bearers to the house and bush pole. Again, there was just enough boards for the job - just luck or destiny?

Dylan suggested that stringlines be used to ensure that the screws all lined up, not vital for the function, but attractive all the same. My partner Kunie thinks that it's "the best decking in Seymour", I'm inclined to agree. 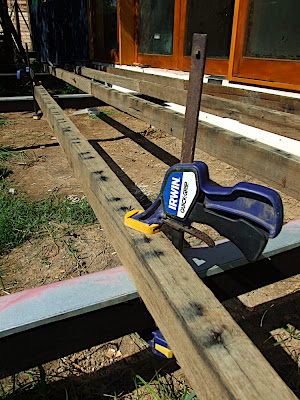 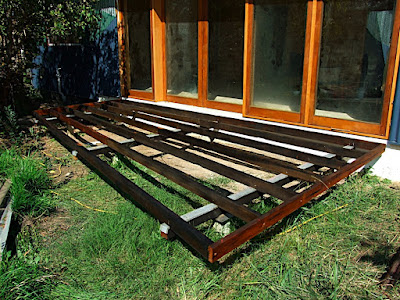 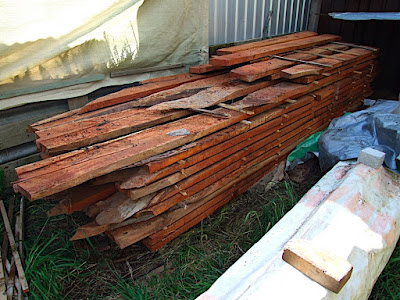 Red Gum boards that were grown, milled and dried at the house site 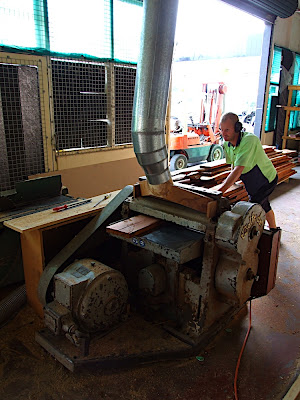 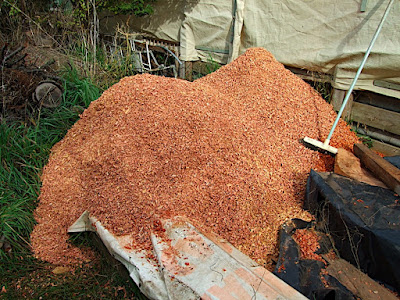 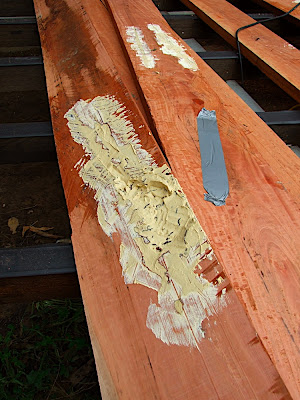 Preparing boards for filling with resin using wood filler for large holes and duct tape for smaller ones. Joists covered with rubber cover strips to protect against rot. 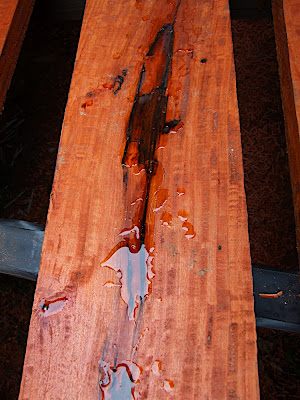 Red Gum board filled with resin before being sanded 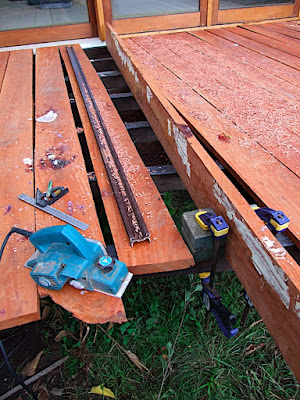 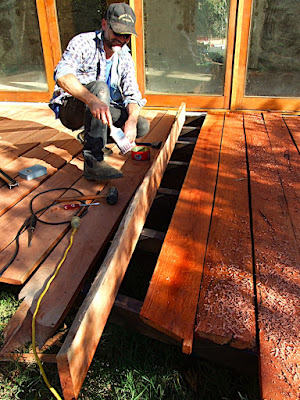 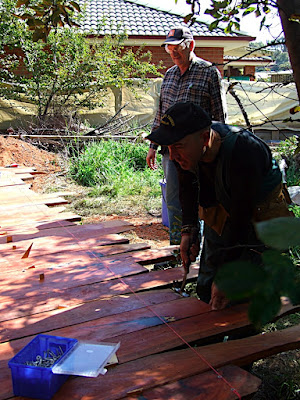 Decking being laid out by Dylan and Doug with 7mm spacers between each board. String line used to mark for drilling holes. 75mm galvanised batten screws used to fix boards. 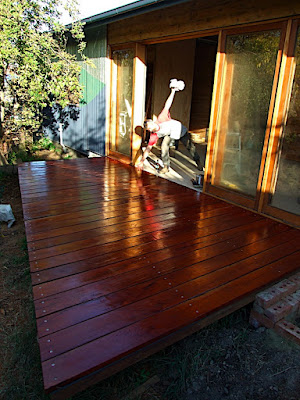 Mark displays decking after being trimmed and painted with timber oil 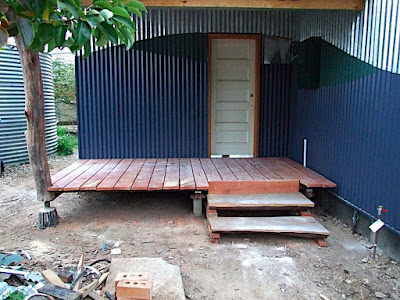