Bathroom with a view

- April 25, 2010
Principle 6: Produce no waste
Principle 8: Integrate rather than segregate

The bathroom design works in conjunction with a greenhouse. The greenhouse, kitchen and bathroom are linked together, allowing for heat exchange.
There was some deliberation about whether or not the bathroom should remain open to the greenhouse. It was felt that the greenhouse would make the bathroom uncomfortable during the summer if it couldn't be separated, but it would be good to open it up during the colder months. A louvre window in the kitchen can be opened up when extra warmpth is required in the main living space.
A separate toilet room has been built next to the bathroom. The toilet has been plumbed for a conventional flush system (with black water bypassing the greywater system), but it's placement allows for an enhanced composting system (warmer space to assist in decomposition) or good access for a simple collection device for a composting system, like the loveable loo.
The door, floor boards, greenhouse framing, cement sheeting, sink and bath were all purchased second hand. The white tiles and grout were a gift from a friend who wasn't using them and the blue tiles were purchased new from a local supplier.
The pitch of the roof was designed to accommodate a solar hot water system, which is within close proximity to the areas in which the water will be used. All hot water pipes are heavily lagged, to retain heat and reduce wastage. A wood stove with a wet-back will back-up the system during the colder months when cloudy weather may not heat the water enough. The stove will heat the house and water when it is needed most.
The solar hot water / heat exchange / wood stove system set up was a system that was recommended to me by Richard Morton from Sun Real, whom I purchased the system through. Richard was very helpful in working out the best system for my needs and budget.
A gas-boosted hot water system has been accommodated for, but not purchased. It was felt that the combination of the solar and wood fired boost would suffice for our needs. 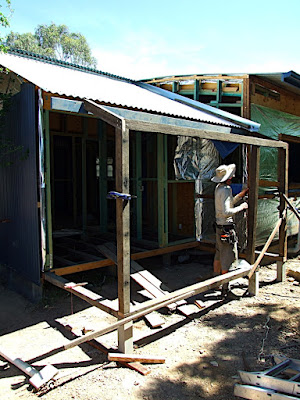 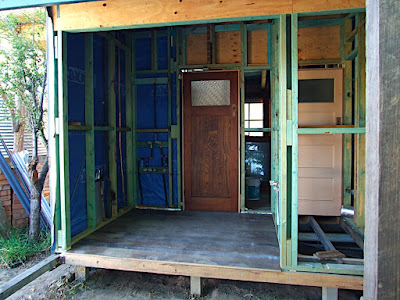 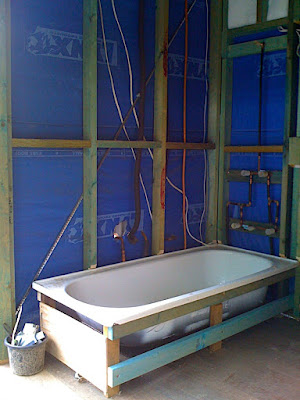 Bath / shower plumbed in with taps fitted to right of the picture. These were moved for better access. 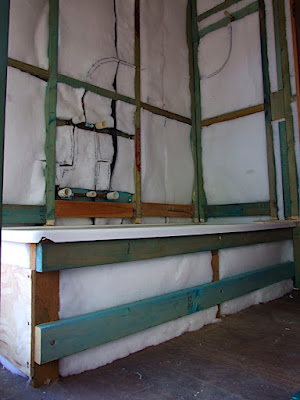 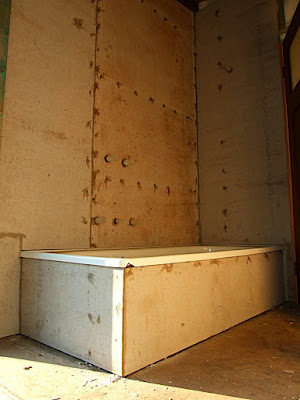 Cement sheeting from the kitchen of the original house reused to clad the wet area. Holes filled with silicon and walls painted with boncete to seal the surface. 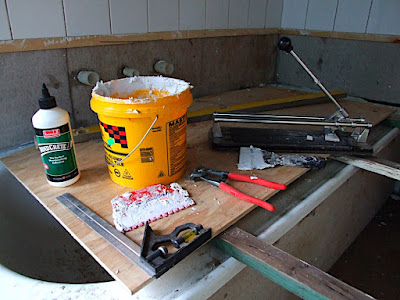 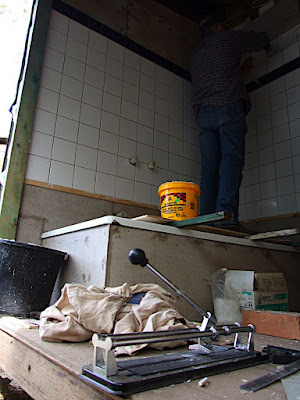 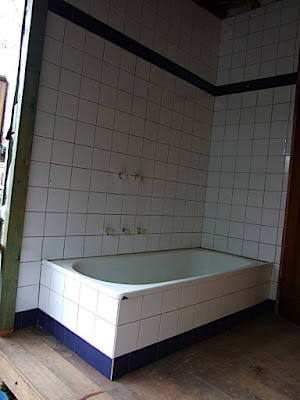 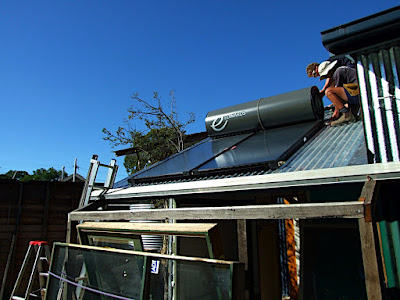 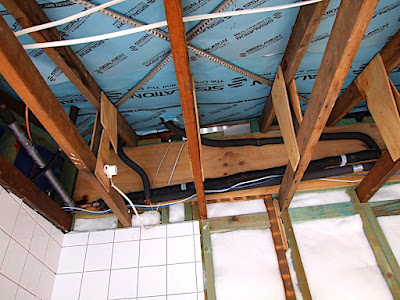 Tedson Heat Exchanger installed under solar hot water system. This system collects heat from the wood stove wet-back and traqnsfers it to the hot water tank on the roof. See diagram 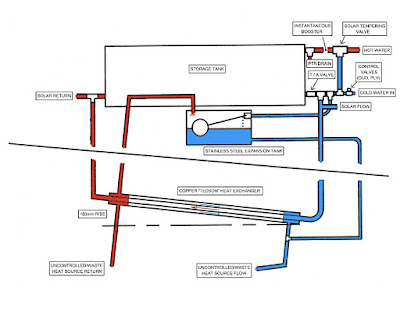 Nick Ritar said…
we keep coming up with the same answers as you :) We have are about to order a tedson coil for our Rayburn/Edwards combo
May 20, 2010 at 5:33 AM

Solar system installation said…
This comment has been removed by a blog administrator.
September 30, 2011 at 10:20 PM