At an end of year catch-up with our surrounding neighbours I shared the story of my renovation project. I mentioned that I noticed that my neighbour had a large pile of second hand bricks, and asked what the story was with them. He told me that they came from the nearby Puckapunyal Army base, a demolition job. He had saved them from going to landfill and had used them for landscaping around his house. He asked me if I wanted any for my project - "Sure".

He had offered bricks to another neighbour who was there and we chatted about how best to clean them up so that they can be re-used. One neighbour preferred using a hammer and old chisel, the other a hammer drill with a flat bit attached. Apparently, these bricks are pretty easy to clean because "it was a government job, they didn't used much cement in the mortar". This is important, because if there is a lot of cement in the mortar it sticks like glue and is very hard to get off, limiting their usefulness.

I went next door to have a closer look at the pile of bricks that I had previously not taken much notice of. It is huge. About 1.5 metres high and about 20 metres long. What a resource!

I was contacted by a fella called Quentin soon after who is interested in building his own place. He was keen to see what I am up to and offered to help me out for a couple of days. Great timing! We cleaned up 180 bricks using just hammers, stacked them in the trailer and unloaded at the house site. It took about three hours from start to finish. Not a bad yield. I think that I could get quicker with practice... 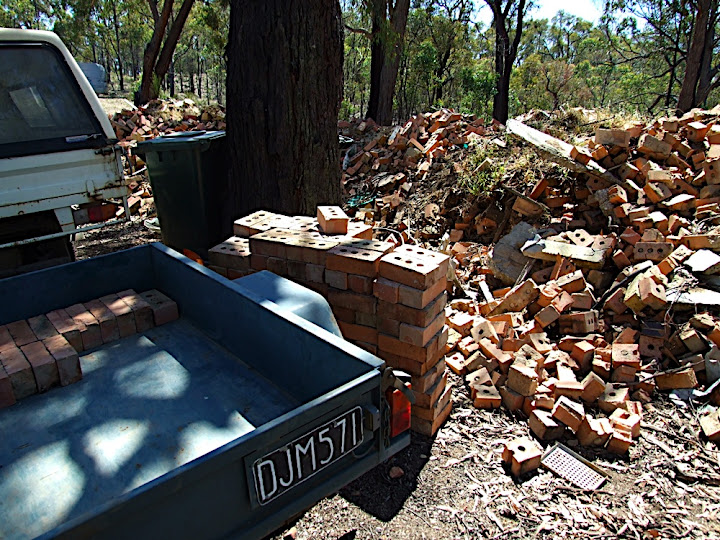 Salvaging bricks from a pile of rubble
I discovered that you can buy clean second-hand bricks on eBay for as little as 57 cents each, plus delivery. That's pretty cheap when you consider the work involved, but you still have to earn the money to pay for it and consider the energy used to transport the materials from 100 km away. While I have this resource next door it makes more sense to obtain a yield from that. I can clean them when I have time, and take them in when I need to go to town.

I’m thinking that I’ll use the bricks to create a tank stand-cum-cellar-cum-cool-cupboard inlet... more on that later.

On our return to the house site Quentin and I cleaned up the smaller branches left over from the fallen Red Gum, sorting them into piles for use later on, while discussing ideas for how they could be used. Ideas for fencing evolved, bush furniture concepts... with the leftover used as firewood. It's important to think about the placement of resources, because you don't want to move them more that than is absolutely necessary. We mulched branches from the Red Gum and wild cherry plums to create spaces to store the timber, thinking about locations where they may be used, and where they wouldn't get in the way of future work. 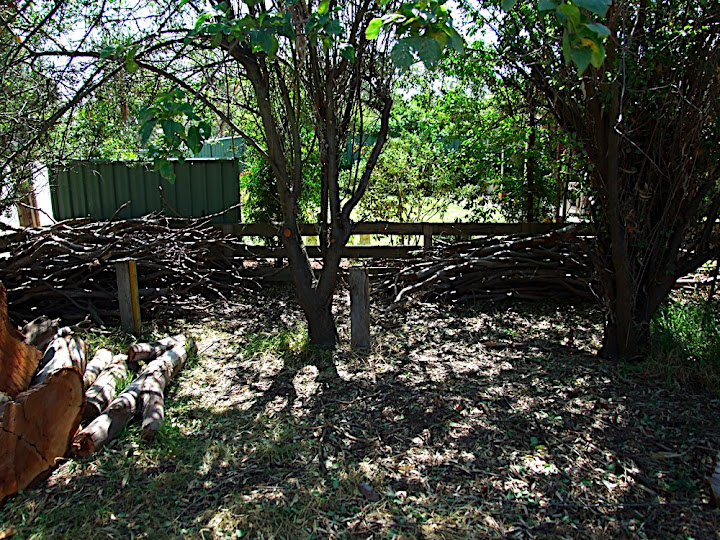 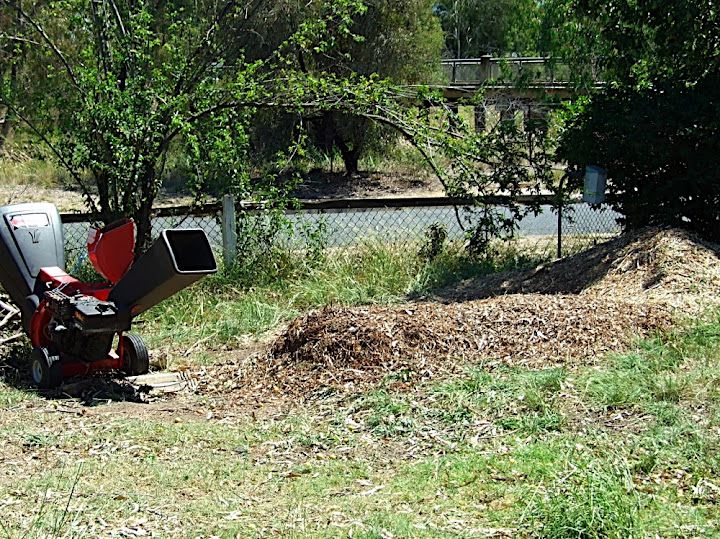 A large pile of mulch obtained from the Red Gum and fruit tree prunnings. 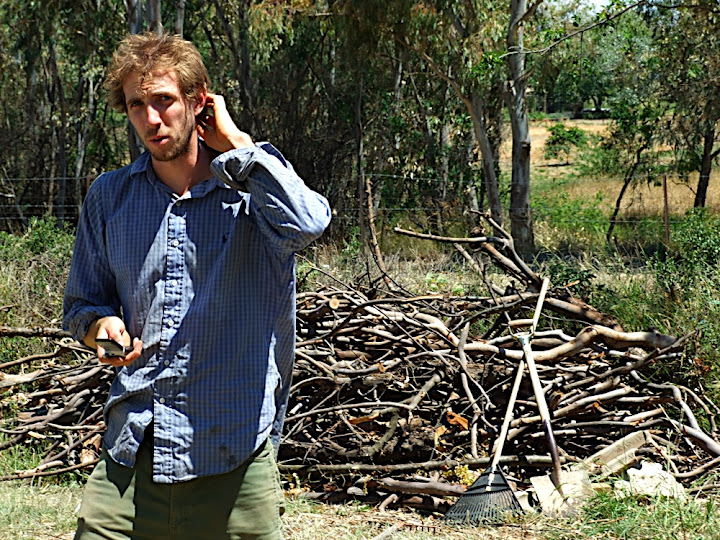 Quentin with the pile of 'the least useful' branches in the background, which will probably be cut up for firewood.

The clearing up of the site is all in preparation for the next big step in the project, the milling of the Red Gum.

I also got Quentin to give me a hand to remove the lining from the end room. Surprisingly, I have not found any insulation in the house at all, except for a layer of card above the ceiling. Temperature control would have been via the two air-conditioners on the left hand wall and I suspect there would have been a number of heaters. Very energy intensive and expensive. Air gaps throughout would have made the place pretty breazy too.

There wasn't much building material worth salvaging, but we did get some timbers that may be useful in the deconstruction process. I de-nailed these and stacked them for use later on. 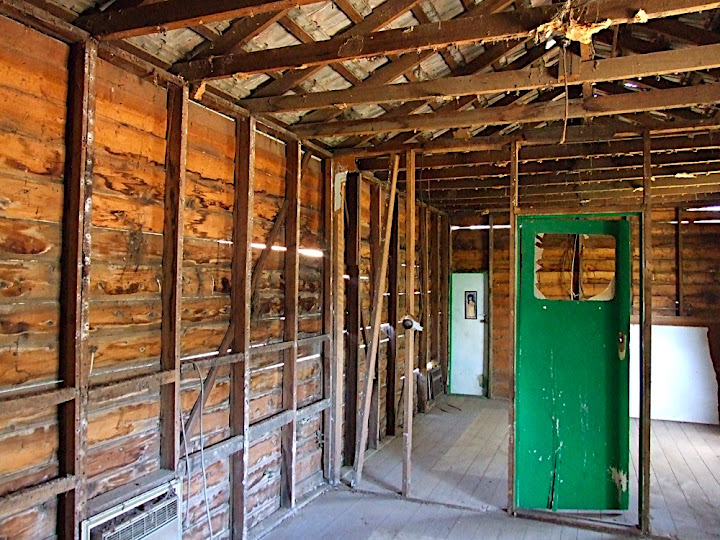 Gina said…
Hey, Richard, your house is beginning to look more and more like mine!

And I, too, inherited a pile of bricks, but mine had been used without mortar.

And talk about energy conservation, they had been made up the road and from local clay!