RetroSuburbia at the Seymour Library 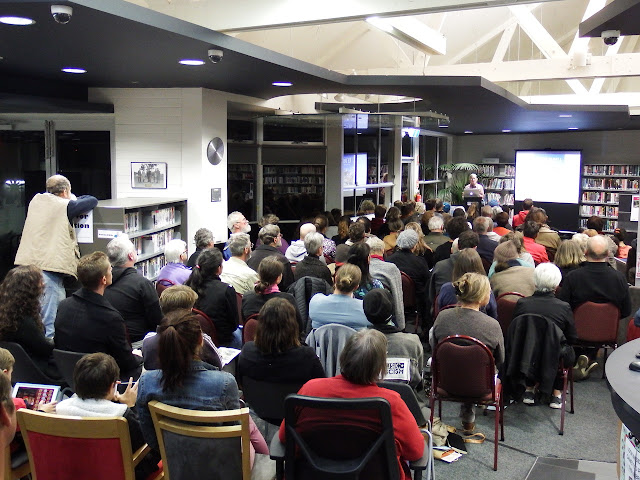 There was a real buzz at the Seymour Library last Tuesday night, where 110 people packed the usually quiet space, to hear David Holmgren’s presentation “Food, Resilience and Retrofitting our Suburbs”. 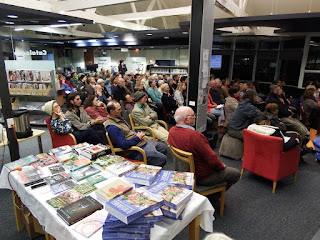 The night began with banter between locals Peter Lockyer and Richard Telford focussed on retrofitting projects of the built environment, including Abdallah House and three other properties, all within a kilometre of the library. The common thread was in considering the solar aspect, and modifying the existing resources and infrastructure of the sites to increase self-reliance.

David introduced ‘Aussie Street’, a compelling story from the 'new suburbs' of the 1950s and their evolution through the decades. People in the audience could relate to the made-up characters that live in the street, and the drama of their lives. Each of the four properties illustrated various realistic approaches to suburban living, and adaption to changing times.

As affluence and energy use dramatically increases from the 50s to the 90’s, so does the time away from home as the number of people living in the street decreases. When permaculture retrofitting is adopted at one household, time at home begins to increase and the home economy rebuilds. This spreads to impact neighbouring properties, allowing the small community to thrive during the 2020s great depression. The result being a future reminiscent of the 1950s, drawing upon the successes of the past with appropriate technologies and strategies from modern times. The story gives a sense of hope during the current uncertainty. 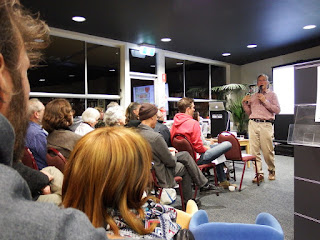 Question time raised lots of concerns about regulatory requirements, and how David’s vision of a suburban transformation could be realised. David acknowledged the importance of the rules and regulations required by council to curb unethical behaviour, particularly by corporations. But he also challenged the audience, along with the three councillors in attendance, to make incremental changes where they live - even if that means bending a few rules. Building relationships and trust with neighbours give residents the social license to enhance the properties where they live, and build community at the same time.

Details of how this can be implemented is outlined in David’s new book RetroSuburbia: the downshifters guide to a resilient future.

David concluded by pointed out that Seymour, like many smaller rural townships, is well placed to make to become more self-reliant. Relatively small houses on large suburban blocks are ripe for retrofitting, which is much more challenging (but not impossible) on smaller blocks. The existing, often under-utilised, infrastructure are also great assets that can be transformed into hubs of activity if we spend more time where we live, rather than commuting long distances. 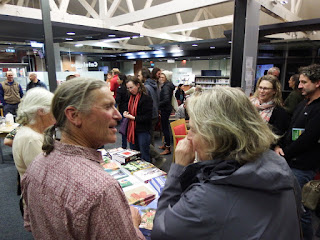 "A techno-optimistic future is unrealistic", says David, "we face economic uncertainty that will change the way we live. We can create better, more rewarding lives for ourselves now, without hardship being forced upon us. Change now, and avoid the rush.”

Peter and Richard will be reflecting on the event on Earthchat, Seymour FM 103.9, on Friday the 18th of May from 10am. An extensive tour Abdallah House, one of the feature case studies in the book, is on the 20th of May from 9am-12. For bookings, visit the Holmgren website.

Visit RetroSuburbia.com for more about how we can transform our suburbs.