Peter was pretty keen to take some of the Lightwood (Acacia Implexa), which is native to Tallarook ranges, to the Tarcombe Road house site. Peter has been interested in how the timber performs in extreme conditions and loves the finish of it. He believes that it would be good for joinery, as it tends not to bend or split. These logs are all dried and collected from the property where he lives.

Our mission here is to move some rather large logs from a very steep site, to the house site some 12km away, with some pretty basic equipment. Since the Red Gum is going to milled up on the house site it seemed like a good opportunity to experiment with some other timbers.

It took most of the day to move seven logs to the site. Let's hope that the timber comes up okay. If is doesn't then I guess we have wasted some time, but not much money, and will learn some lessons. If it does work out, then we have discovered a fanstastic renewable resource available locally, and have some nice joinery timber to work with on the house and other projects. 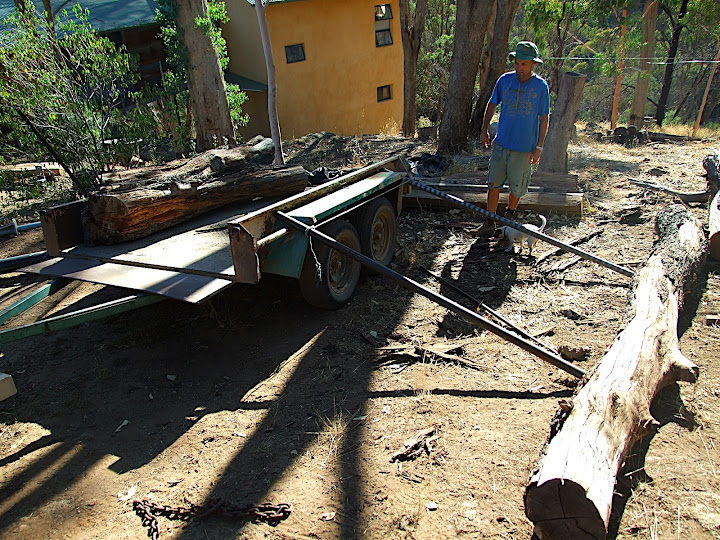 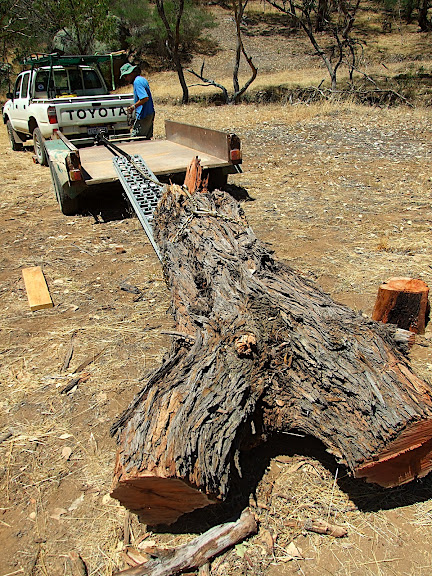 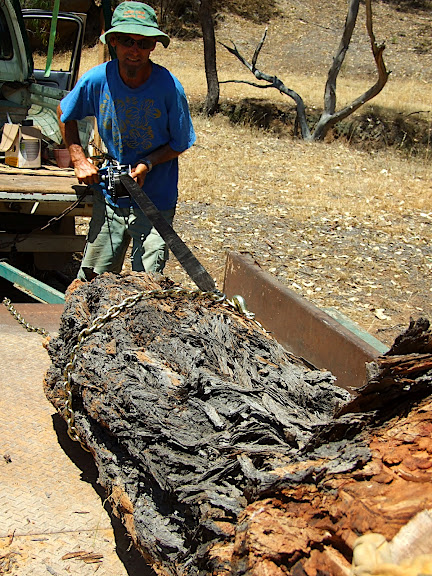 The hand winch in action 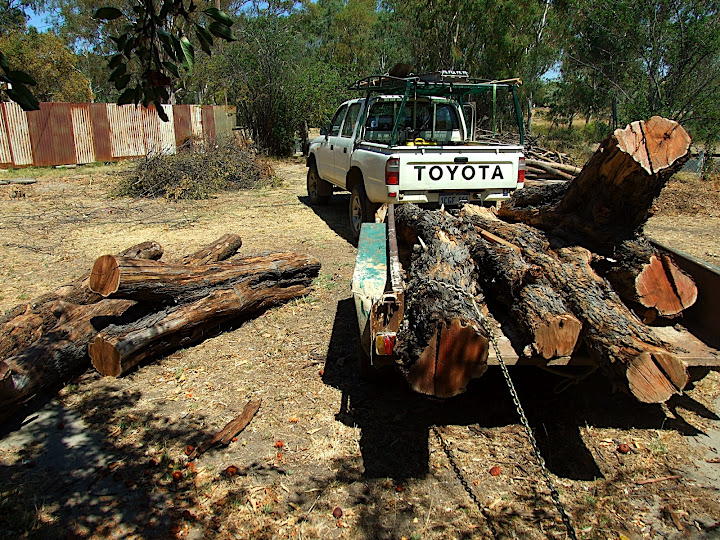 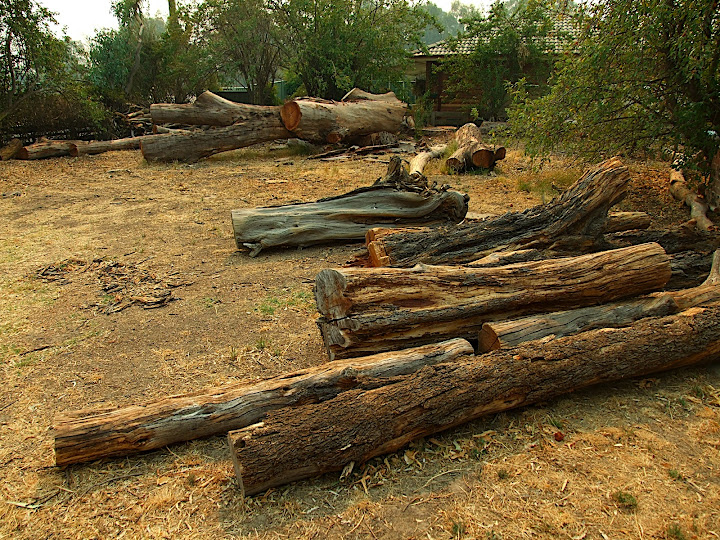 You might notice the yellow tinge to the last photo. This is because of the nearby bushfires which have decimated the towns of Kinglake, Strathewen and Marysville in central Victoria. The project has been delayed because of the threat to towns nearby as the miller is in one of the CFA strike teams. Milling cannot be done on days of total fire ban, which there are many at this time of year.

Other logs from around the Red Gum were moved with friend Conrad (Student from the Central Victorian PDC) using branches as levers, and rolling them to more suitable positions nearby. The idea is that one the mill is set up, logs will roll into place, where they can be cut to size and stacked.